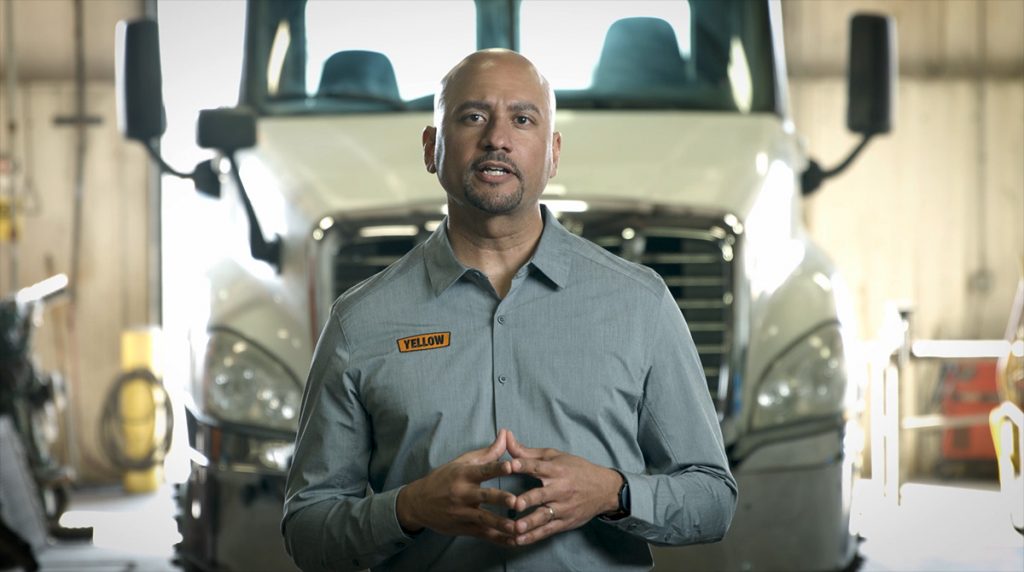 While looking around for interesting topics to pass on to our TMS Digital readers, I debated over the shortage of silicon chips and how this affects the trucking industry, the shortage of drivers, which we spoke of recently, and some of the cool technology that abounds (more on that in upcoming blogs)!

Then, I ran across this wonderful success story and thought it was worth sharing!

However, before I do, I have to put in a plug for our wonderful TMS Digital Trucking Dispatch software! The TMS dispatch program can help you write your own success story! Along with TL, LTL, Deadhead, Cross-dock and Split Load capability, we offer multiple interfaces with several different, popular accounting packages, for example: QuickBooks or Microsoft Dynamic, mileage programs like PcMiler, Rand McNally or Google Miles and several different ELDs and about 25 different Fuel Cards! We are not limited to just one size fits all! Tons of sophisticated and custom features, while at the same time being easy to use! Oh, and did I mention our very competitive pricing?

From Transport Topics: Yellow President Darrel Harris can still remember his first day in the trucking industry. It was 1995, and the 19-year-old was trying to figure out the next step in his life.

His mother’s boyfriend, a truck driver, told Harris that a national trucking company with operations in Kansas City was looking for dockworkers, and the job paid $10.50 an hour.

“When you come from where I came from, that was real money,” Harris told Transport Topics of his decision to join American Freightways, which was later acquired by FedEx Corp. “I was just looking for part-time work.”

Harris wound up spending 17 years of his career there. “I took advantage of the opportunity,” he said. “I took the ride, growing with them and taking advantage of every opportunity that came my way.”

That included volunteering for shifts, taking on assignments and welcoming each new opportunity as a fresh challenge and chance to learn.

“I was looking at people around me who were being promoted, and I was asking my supervisors what I needed to do to get to the next level,” he said. “I quickly decided I didn’t want this to be a job, but a career. I had some mentors who saw the eagerness I had to grow, and they pointed me in the right direction.”

Harris decided that instead of college he would utilize the hands-on experience he was getting in trucking, and also enroll in continuing education and training programs the company offered.

“I like to tell people that I attended freight university,” he joked.

Harris moved his family nine times across the country as he climbed the ranks.

“Everything that I have done and learned in this business was done by doing the job hands-on, listening to my mentors and working for companies that really valued formalized education within the company,” he said. “I am a big proponent of that, helping develop leaders that can go to the next level.”

He added, “I’ve had every role in trucking, except for actually driving a truck.”

Harris joined Yellow in 2020 as executive vice president for strategic initiatives. Within months, he was promoted to the role of president.

In that role, one of his key priorities is helping Yellow and the industry address the driver shortage. For its part, Yellow operates 16 permanent driver academies as well as several pop-up locations. The company provides free training for a commercial driver license.

“Someone coming to work for us should never have to pay for their CDL,” he said.

Harris, who is African-American, believes the trucking industry needs to be more aggressive in recruiting minority men and women, and thinks trucking can provide opportunities for a prosperous, long-term career.

“This is the type of business where people come from a lot of different backgrounds,” he said. “I intend to use my platform as best I can to help others and help the company.”

Yellow this year announced a new program, “The Drive for Diversity,” which will address the need to fill critical jobs.

“We do not have the workers we need,” Harris said. “The entire nation is facing a shortage of skilled labor, and we are no different. We have an opportunity here at Yellow to lead the way both in diversity and inclusion efforts and improving our position from a labor perspective. We are going to seek and hire from underserved communities in key cities where we can make the most impact.”

Company officials are using $700 million in federal loans to overhaul the company’s fleet, purchasing thousands of new tractors and trailers to help attract new drivers and mechanics and improve the carrier’s operational efficiency.

Yellow Corp. ranks No. 8 on the Transport Topics Top 100 list of the largest for-hire carriers in North America.