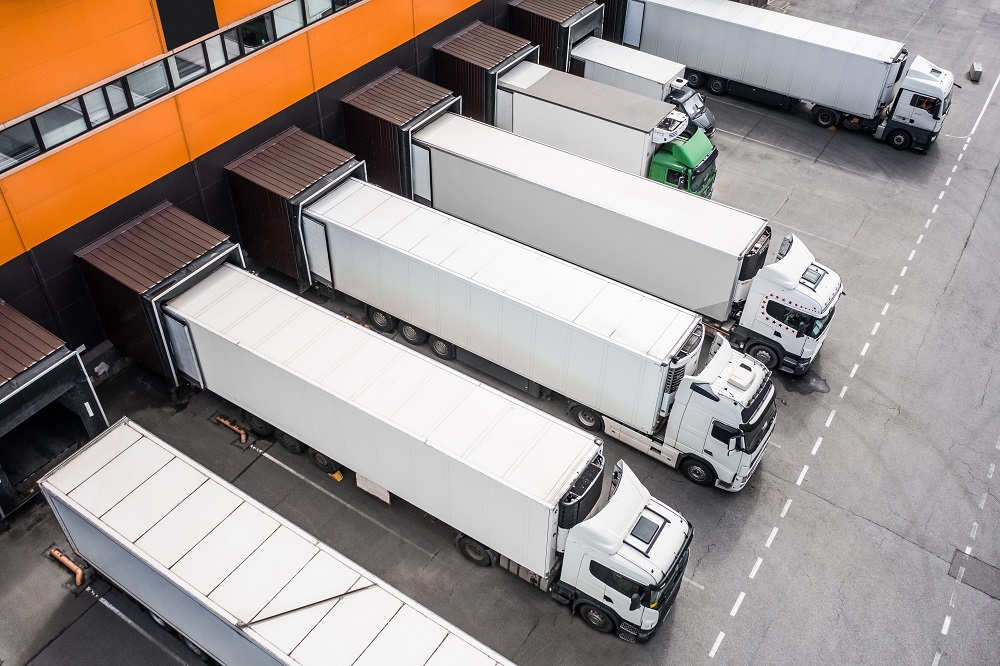 I was looking at the different trucking news, pondering what to write about this week. I mean, you know I am definitely going to tell you about our great transportation management software. Our Dispatch system, which is loaded with features and a zillion configurable options, is one of the best systems out there! Alternatively, our IFTA Manager program, will import states and miles from your ELD and fuel transactions from your Fuel Card to create reports. This makes your IFTA reporting easier, and is already making life easier for some trucking companies! Moreover, of course, our Tickets program for short haul or dump truck type operations makes tracking, billing and paying drivers for job deliveries, EASY!

However, I digress. Anyway, I was checking out the trucking news. Politicians are still haggling over infrastructure. Diesel has gone up six cents to $3.344 a gallon and a semi with a large dump trailer put the hurts on an overpass bridge on Interstate 16 down in Georgia. Ye-ouch!

Nevertheless, the thing that caught my eye was the testing for autonomous trucks. Hmmm, lots of thoughts on that. First off, the word autonomous. What a weird word! Certainly not one you hear in every day conversation. I mean, I know what it means, but I still decided to look it up.

Autonomous – A self-driving car, also known as an autonomous vehicle, driverless car, or robo-car, is a vehicle that is capable of sensing its environment and moving safely with little or no human input. Wikipedia

Actually, when I mentioned seeing a news blurb about it this week, it has actually been in the news off and on now, for a while. It brings many questions to mind. Is it safe? Hmmm. Will it put drivers out of work? Not sure, ATBS says a driver will still be in the cab to override if necessary, while a BBC article says driverless. Will it change the landscape of trucking? Yes, I am sure. More efficient? Supposedly, faster delivery times. What do you think?

Below are a few quotes from different articles on the subject, some mentioned in the questions above.

From ATBS 9/1/18 Self-Driving Trucks: Are Truck Drivers Out of a Job? (older article)

Are Truck Drivers out of a Job?

“No, not all truck drivers are going to lose their jobs. In fact, many people believe that the introduction of self-driving trucks could lead to the opposite. As automated trucks are utilized more often, more people will be needed in those trucks. All of the companies mentioned above are testing their trucks with the full intention of having a driver in the cab at all times. There are too many things that can potentially go wrong for there to not be a human in the truck when it’s operating on the road.

However, this doesn’t mean that trucking jobs aren’t going to change. The major change is that drivers will not be expected to do as much manual driving, which could actually be seen as a benefit. Think of the job of a truck driver slowly looking more and more similar to the job of an airplane pilot. The truck will be able to drive on its own, but the population will feel a lot safer knowing somebody is behind the wheel just in case. To read more …”

From BBC 4/9 What will self-driving trucks mean for truck drivers?

However, the potential benefits of autonomous trucks have led to concerns about job displacement among millions of truck drivers.

In the US alone, the American Trucking Association estimates there are more than 3.5 million truck drivers on the roads, with nearly 8 million people employed across the wider industry. Census Bureau statistics show that trucking is the most common job in 29 US states, ahead of farming, teaching and secretarial positions.

Among the companies working to make autonomous trucking a reality is California-based Waymo, a subsidiary of Google parent company Alphabet.

John Verdon, Waymo’s business development and partnerships lead, acknowledges that while changes to the industry and jobs could take place “over time”, the technology will also help address some of the industry’s current shortcomings.

“One of the strains in the industry is a driver shortage. The technology can help narrow the 60,000 shortfall of drivers we have in the US – a gap that’s projected to widen to 160,000 within the decade,” he says. “We’re optimistic that this technology will spawn many new jobs and businesses, some that have yet to be imagined. To read more …“

And speaking of Waymo:

“Waymo’s vehicles don’t drive themselves. Rather, Waymo is automating the task of driving and thus the term ‘autonomous driving’ is more accurate. The conflation of terms used to describe vastly different technology — such as advanced driver assist systems and autonomous driving technology — is referred to as autonowashing and has serious implications for road safety. Researchers find people consistently overestimate the capabilities of driver-assisted features. To read more …”

Commercial trucking operations are included in the slew of connected and automated vehicle testing activities the federal government is currently pursuing.

In the heavy freight sector, Dopart mentioned a project led by the Federal Motor Carrier Safety Administration and the Virginia Tech Transportation Institute to develop a concept of operations for managing mixed fleets.

“The desired outcome is a playbook, a guide for carriers who are looking to make decisions to incorporate [automated driving systems] in their fleets,” Dopart said. To read more…”